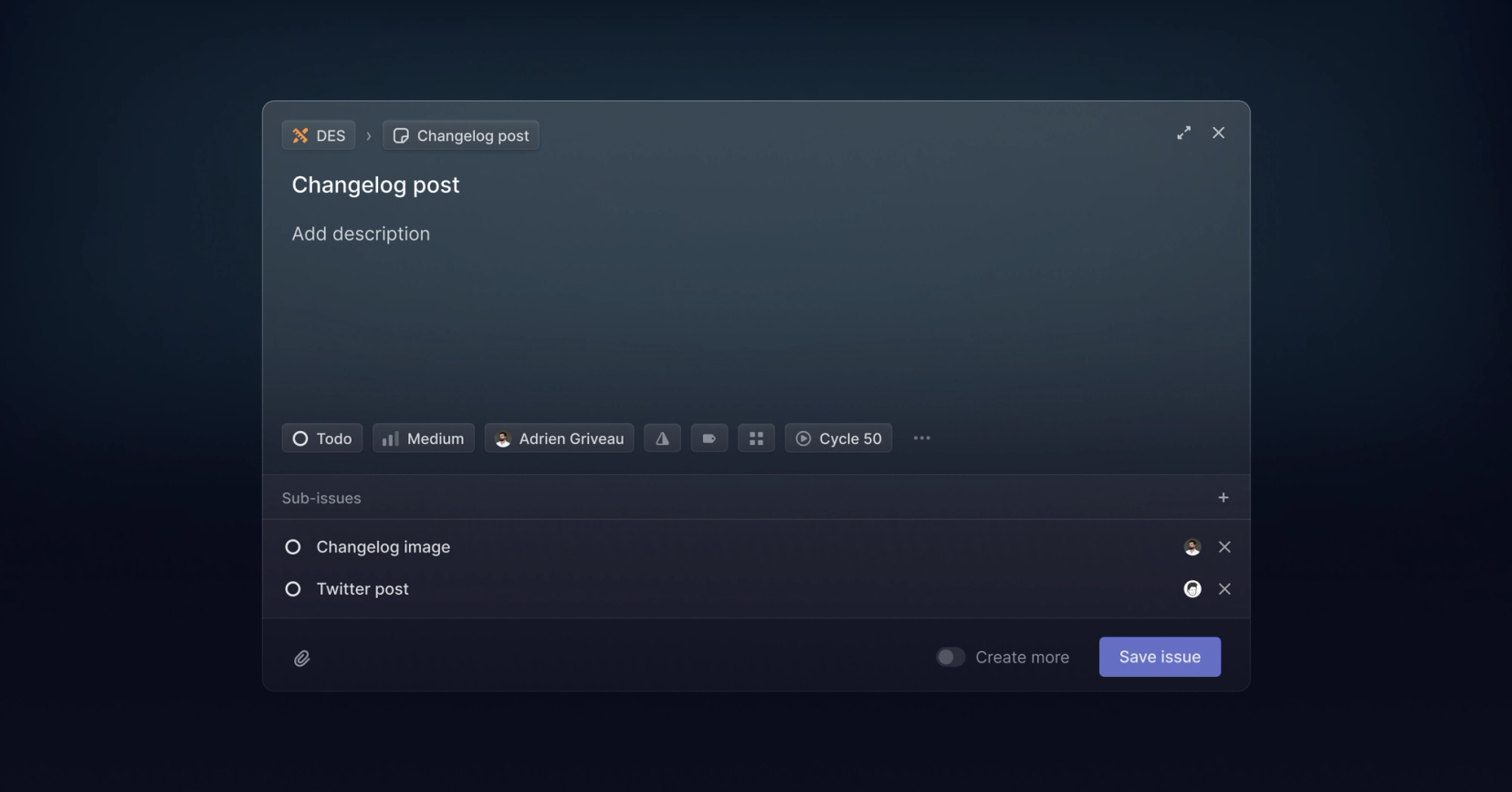 Previously, when you created issues in Linear, it wasn't possible to add sub-issues unless you opened the issue in full screen editing mode. We've improved the issue creation flow so that you can quickly add sub-issues from the modal as well.

Press Cmd + Shift + O to add sub-issues and start breaking the parent issue down into smaller chunks of work.

We've added sub-issues to issue templates. Now, you can break down your issue template into smaller sub-issues. This works for both team and workspace level templates. To apply a template, use Ctrl Option Shift T from the modal or Option C from the full screen view.

If you prefer that your calendar starts on Mondays, now it can in Linear. We've added a personal preference for what you'd like the first day of the week to be in the date picker. Date pickers across the application will respect this choice. Visit your account preferences to customize this setting.

After months of explorations (our design file became so big, it broke Figma), we finally shipped a new homepage: www.linear.app/homepage