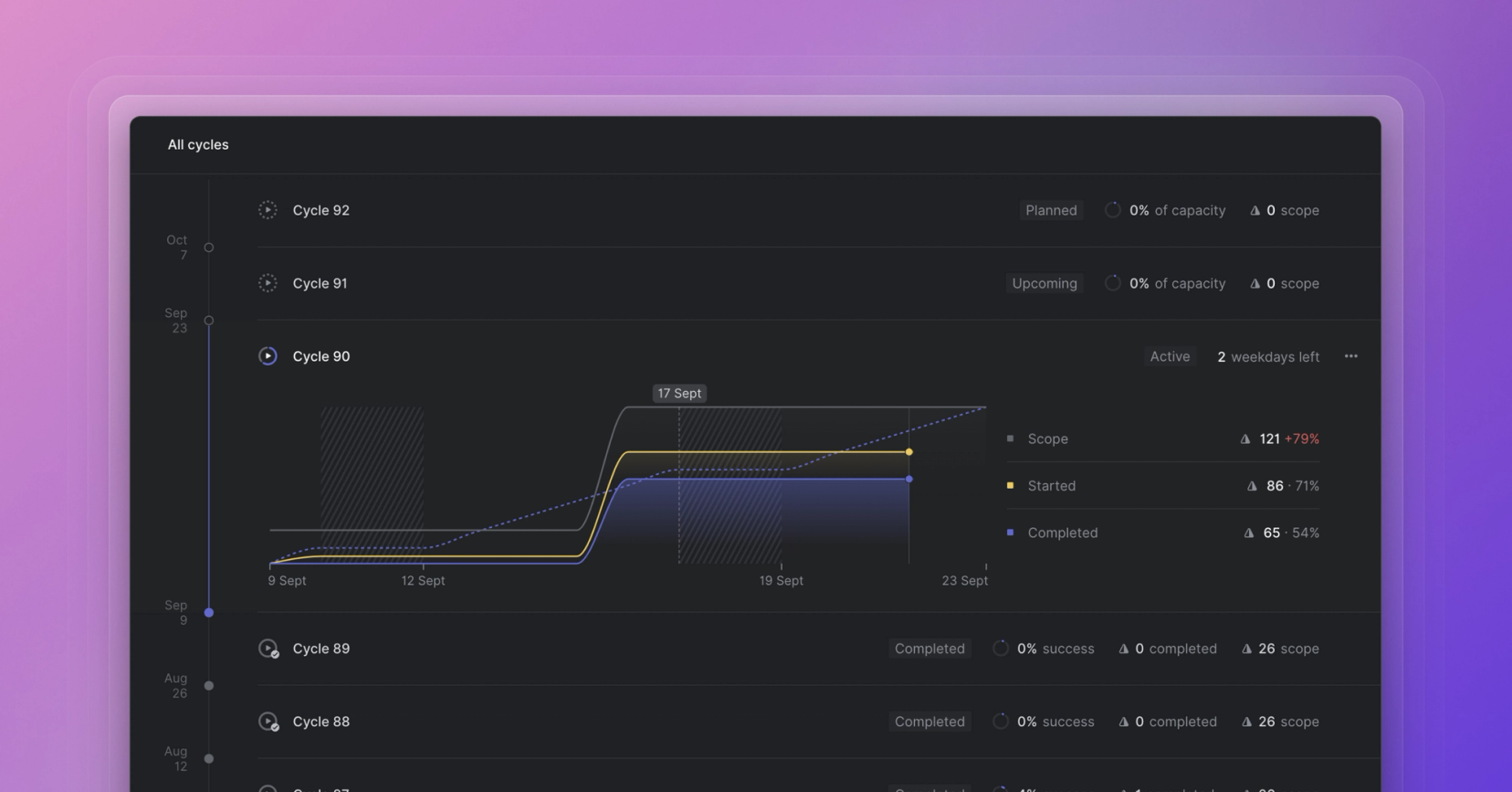 We've enhanced graphs on project and cycle views. They now have separate lines for Started and Completed issues and show you more details around what types of issues were completed.

Previously, the progress line in graphs reflected the sum of completed issues and partial completion of any started issues. This could be confusing, so we've split them into their own lines. This lets you see exactly what is being worked on and what is done.

On top of that, we've added additional content to the cycles graph and sidebar. We show you how much scope was added or removed since the start of the cycle. You can see how a cycle's issues break down by project, label, and assignee, as well as what percentage of issues in those categories have been completed. We are also introducing interactions with those graphs, you can now hover over them to see the exact values of scoped, completed and started issues over time.

We've added functionality to help you plan your cycle. Cycle capacity shows how many issues or estimate points you should be able to fit into the cycle based on your team's velocity.

The capacity is calculated from the completed issues or estimate counts from your three previous cycles. If no cycles have been completed yet, we calculate a very rough estimate on capacity based on your team size.