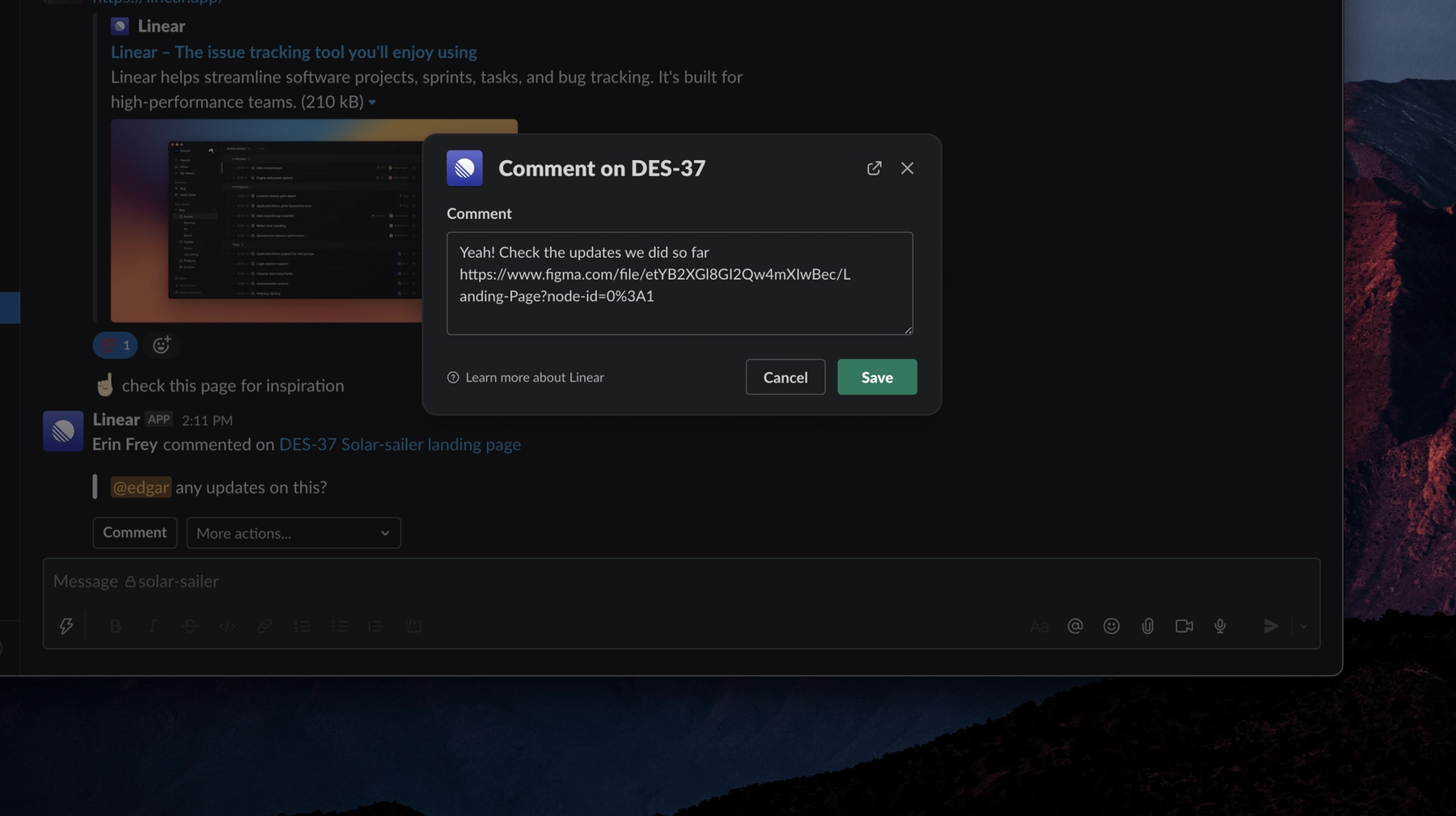 If you receive a Slack notification about a comment on your issue, you will be able to immediately respond via the "Comment" button on the message. You will also be able to unsubscribe or assign the issue by selecting the actions under the "More actions..." dropdown. Additionally, when an issue link is unfurled, the message will now include these actions, allowing you to respond, subscribe to or assign the issue right from the Slack message.