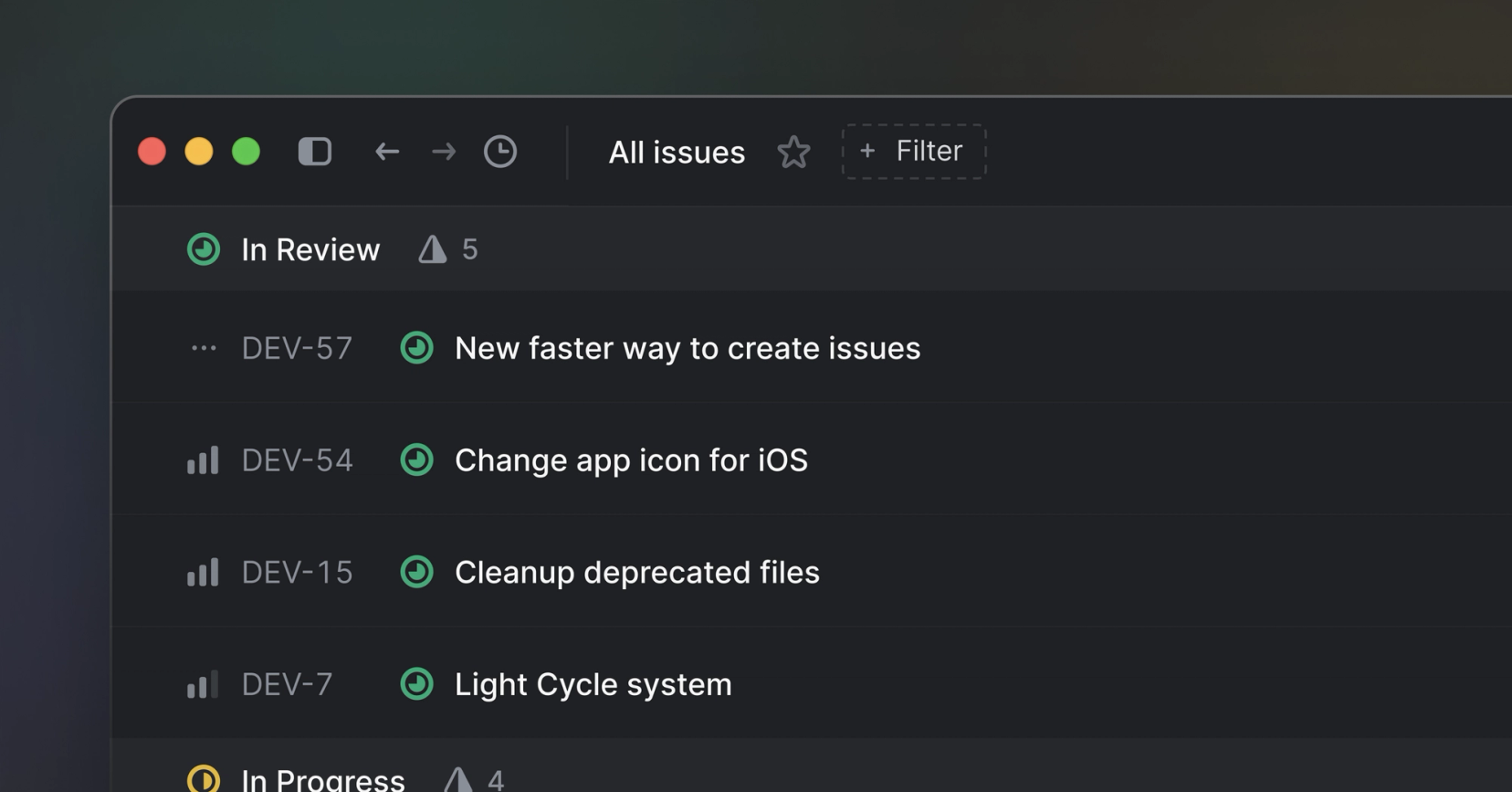 You can now fully collapse Linear's sidebar to focus on a specific issue, project, or view.

To experience this zen, press the [ keyboard shortcut, click on the sidebar border, or search "Collapse" in the command menu.

To expand a collapsed sidebar, use the [ shortcut again, click on the top-left sidebar icon, or search "Expand" in the command menu.

The end of 2022 also marked the end of our first Polishing Season. In total, we polished 228 different aspects of the app, ranging from UI inconsistencies and bugs to improved animations and new keyboard shortcuts. Many of these fixes were flaws and points of friction that you reported. Thank you!