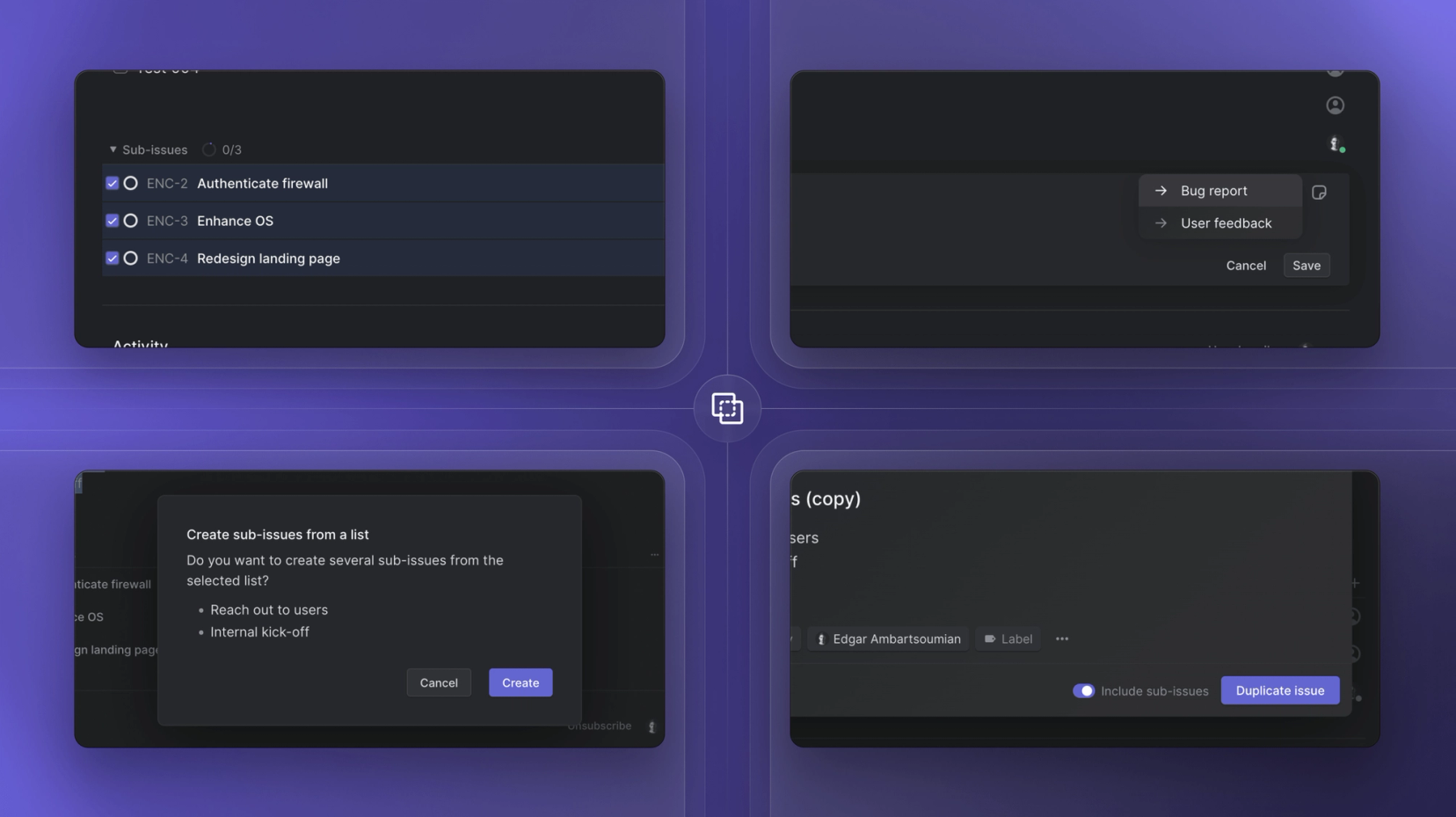 Sub-issues have received a major upgrade and now include features like bulk selection, templates, duplicating a parent and its sub-issues, turning checklists into sub-issues, adding existing issues and even converting to a project.

Learn more about sub-issues in our short video guide.

With the new Airbyte integration you can load your Linear data into any data warehouse, lake or database in minutes. Create custom analytics and dashboards for your company and update it on any schedule through Airbyte.

This integration is available to users on the Linear Plus plan.

We added a new Views link to the Team section of the sidebar. Views is the place where you can find all custom views that have been shared within that respective team. By adding it to the sidebar, you'll get faster access to all the Views that are most relevant for you and your team.