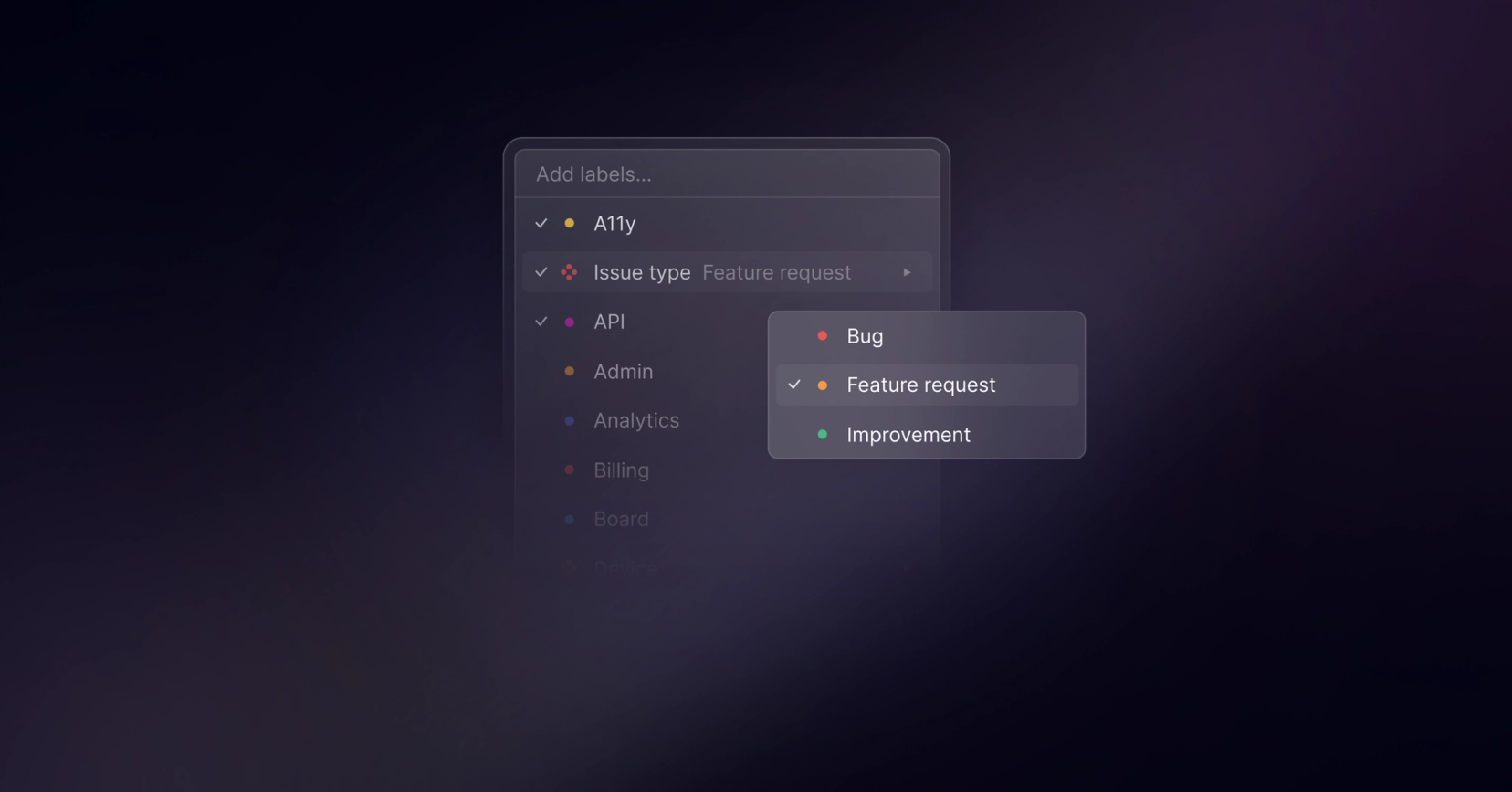 After a successful Origins beta with customers, label groups are now available for everyone. This feature creates one level of nesting in workspace and team labels, giving you more options and structure when organizing issues. Internally we’ve created label groups such as Issue Type, Component, and Integrations.

We’ve worked hard to ensure that label groups are properly supported in functionalities across Linear including filters and support integrations. This should give you more flexibility to create the views you need and build powerful analytical reporting (apply for early access). For example, it’s now easy to create a view that filters for all Integrations labels, showing sub-labels automatically.

To create a label group, head to Label settings for your team or workspace. Please note that labels within groups are exclusive, so when applying labels to issues only one label from each group may be applied. We look forward to hearing your feedback on this new feature.