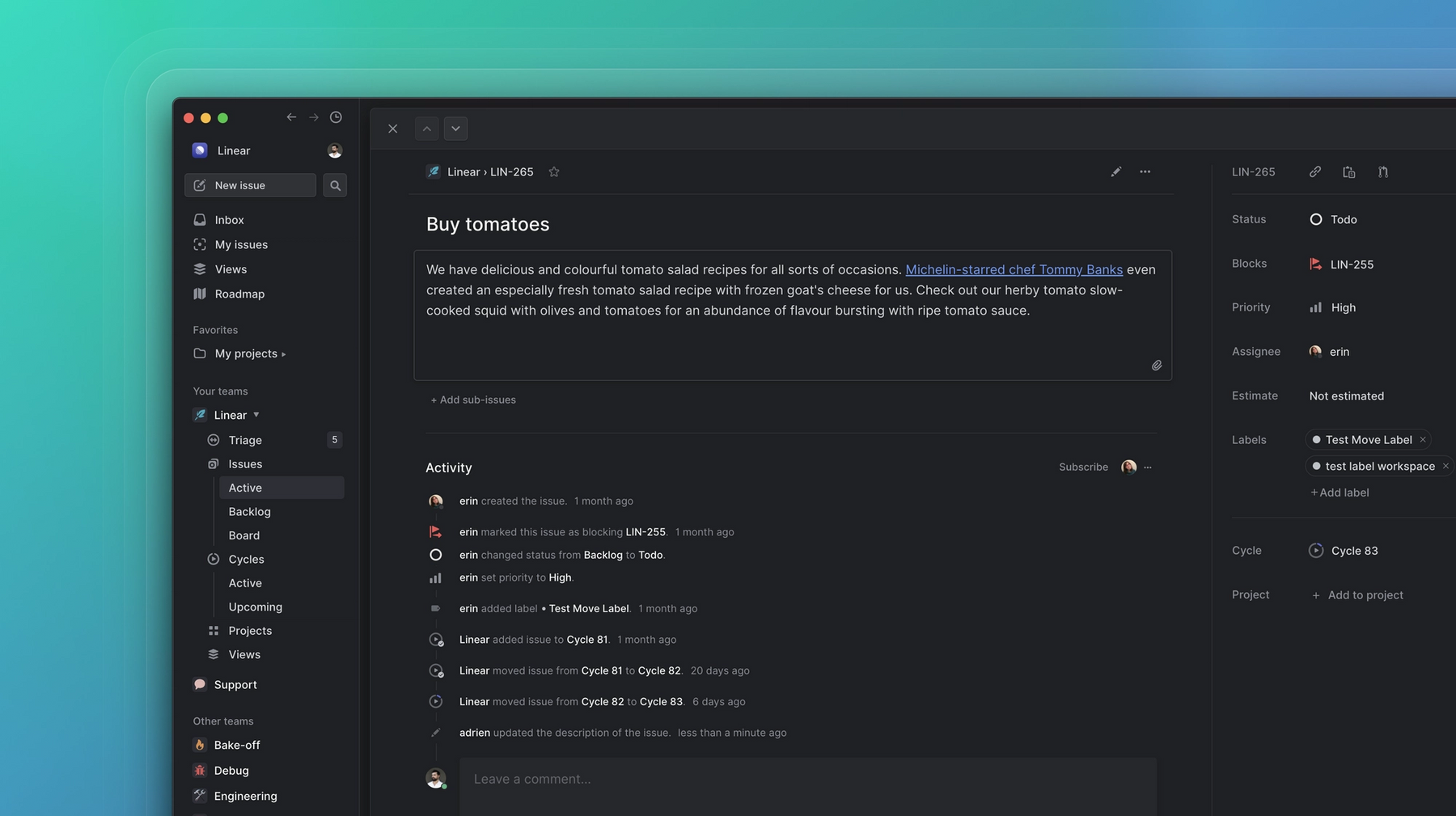 Editing and creating issues should be as fast and seamless as possible, so now we are introducing inline editing, which means that you can edit the issue title and description directly on the issue page. Just click on the issue description or title to start editing. Your changes are saved automatically.

These changes are rolling out to all users over the coming days.