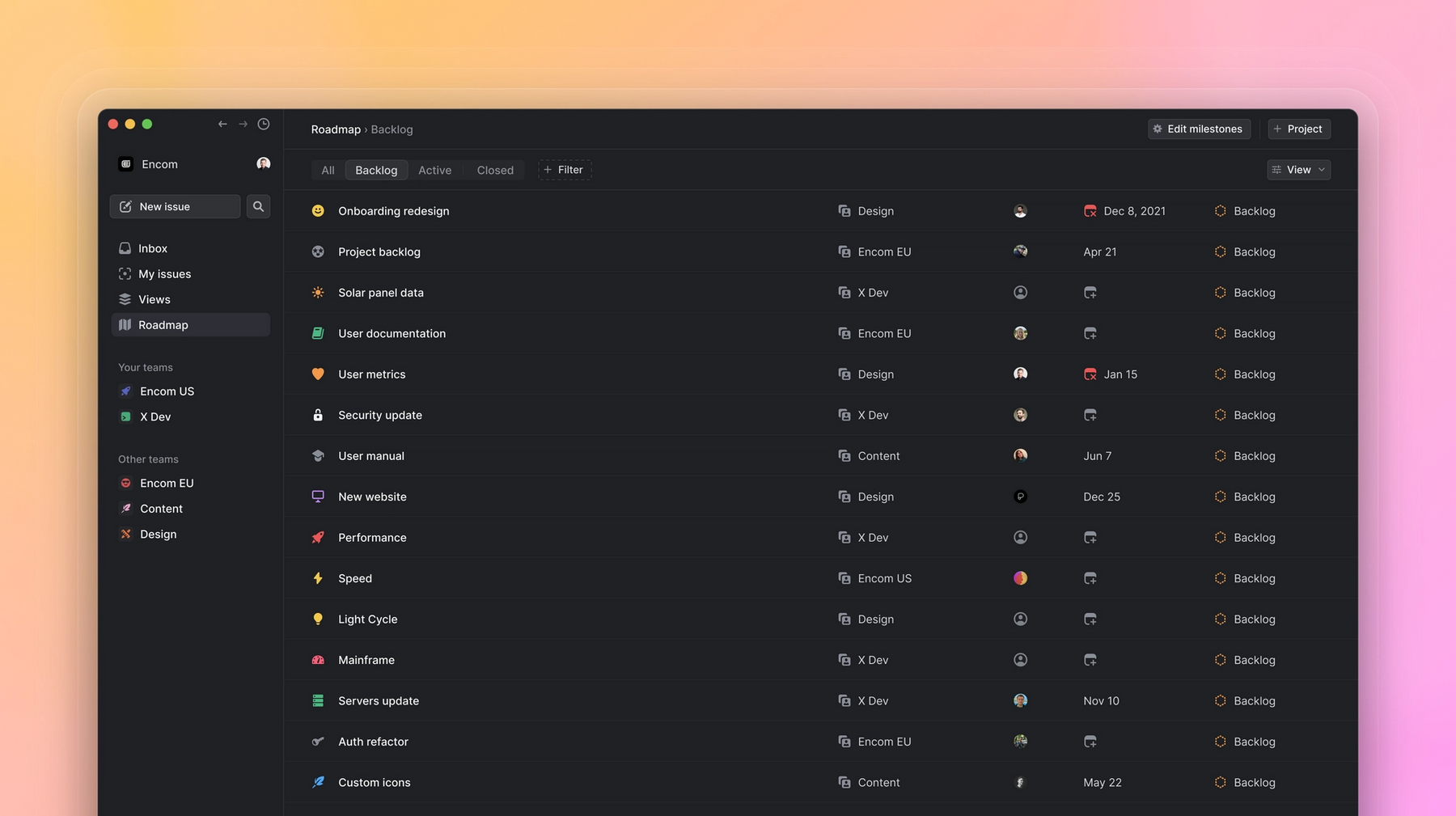 Today we’re introducing the project backlog. We want to make it easier to structure, prioritize, and plan upcoming projects inside of Linear – to build a place where ideas grow into fully planned projects.

The project backlog provides a great overview of your project ideas, along with the tools you need to plan and prioritize your upcoming work. We also added a new view where you can find a complete list of past, current, and future projects.

It's now also possible to group projects in your roadmap by status, project lead, milestone, or no grouping at all.

We’ve added the ability to favorite all default team views, giving you easy access to the views that you use frequently and greater control of your sidebar. To favorite your teams' backlog, active issues, all issues, board, active cycle, upcoming cycle, or triage views, just click the star. If you have a lot of favorites, try our new favorite folders feature to organize them. Combined with favoriting custom views, projects, cycles, and issues, this change makes Linear fit your workflow even better.

By default, all Linear API authentication methods treat the authenticating user as the API actor. Most of the time this is fine and each user has to authorize their own access.

In addition to creating resources as applications, you can also add an optional user name to go with the application to have it rendered in "User (via Application)" format. This will help identify the user that performed the action via the 3rd party system.

Read more in our developer documentation →