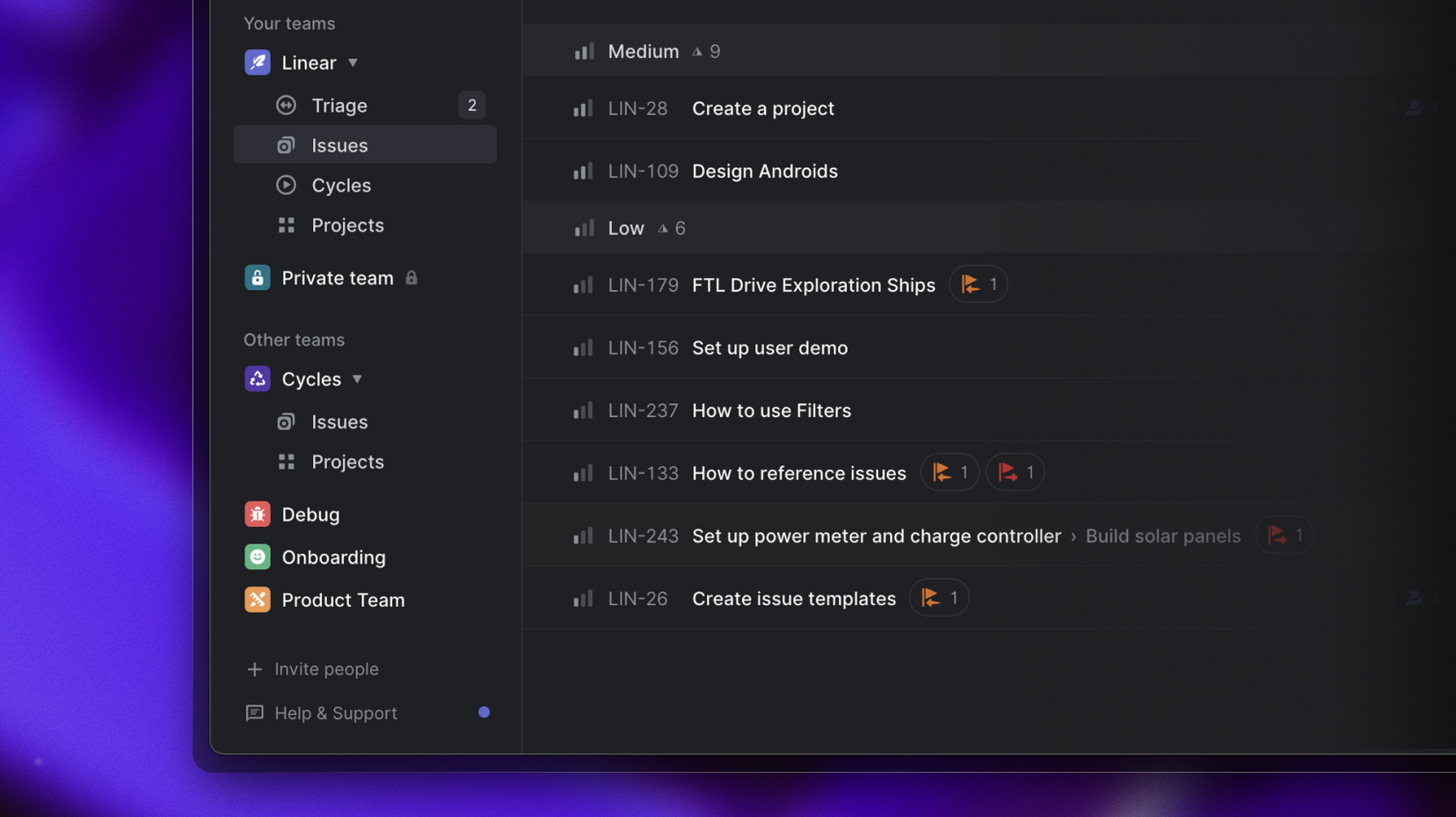 We've improved the design of the sidebar and condensed the immediately visible views, making it easier to navigate. Team sections now show fewer links: Issues, Projects, and when enabled Cycles and Triage. Hovering over these Issues or Cycles will show sub-menus for related views such as backlog and upcoming cycle. As a bonus, you can now Alt/Option and click on a team name or on Your teams or Other teams to expand or collapse those sections.

You may have noticed that we added new icons a few weeks ago. As part of this preview, we've added icons to teams. Hopefully, this will make it easier to recognize teams and give them a unique identity. You can choose any color, though we've gone ahead to assign icons and generate random colors for them. If your team name matched a specific keyword, we paired it with the most appropriate icon, otherwise we gave it the default icon. To differentiate team icons from project icons, the color of team icons is applied to the background of the icon.

The new sidebar design and team icons are available as a Linear Preview feature. To enable it for your workspace, ask an admin to open the command menu with Cmd/Ctrl+K and search for "Preview".

A couple weeks ago we released Split View for Triage as a preview feature and we've now enabled it for everyone using Linear. The new interface for Triage allows you to view your list of issues side by side with the focused issue, making it easier and faster to go through your issues and take actions with more context.